Shuraako empowers African entrepreneurs, whose innovations are key to unlocking capital and improving the livelihoods of those who call the continent home.

BROOMFIELD, Colo.—Shuraako, a program of the One Earth Future Foundation (OEF), a U.S.-based NGO focused on creating a more peaceful world, signed a five-year partnership agreement with Growth, Enterprise, Employment and Livelihoods (GEEL) project, to introduce at least 40 efficient technologies and create 5,000 new jobs which provide at least a year’s worth of income for Somali communities.

Ileeye Camel Dairy sells camel milk and male calves to customers throughout Somaliland. The farm, established in 2005, is located in the Hawd pastoral zone of Farawayne District, about 30 km south of Hargeisa.

Shuraako's work and recent Somali Diaspora Investment Survey were recently featured on Voice of America (VOA) Somali. Director Lee Sorensen and Country Director for Somaliland, Abdikarim Gole, talked about the challenges Somali businesses face, and the importance of a reliable electricity supply.  Forums Shuraako has hosted in Hargeisa explore the potential of investments in contributing to inexpensive electricity generation and renewable energy sources.

Established in 1998 as a small-scale factory producing, servicing and repairing large metal tanks (water storage) and other metal equipment. The Company’s other products include truck/trailer bodies, modifications to truck/trailer steel structures, steel frames for housing, and steel fixtures and furniture.

Royal Lounge Café and Restaurant ("Royal Lounge") was launched in Hargeisa in 2014. It is located in the Jig Jigayar area of Hargeisa.

Kaafi Horn Renewable Energy Company (“Kaafi”) was established in 2012 to provide solar-based products and services to commercial and government clients throughout Somaliland.

Bulaale Beekeeping is the largest company, within the honey sector, that Shuraako has connected to investors. Bulaale is situated in an ideal environment for beekeeping, in the Gabilay region, due to the abundance of forage. Bulaale is also located close to its main market, Hargeisa, and within proximity to the Ethiopian border, of which Ethiopians are a target customer segment. The owner of Bulaale is an experienced business man, with over 15 years of experience in the honey sector.

Kaafi Enterprise for Environmental Protection and Sanitation is a business that cleans trash from the streets of Hargeisa, Somaliland.

Shuraako empowers African entrepreneurs, whose innovations are key to unlocking capital and improving the livelihoods of those who call the continent home.

Somali Entrepreneurs Prove Their Resiliency Yet Again, Even During Pandemic | June 09, 2020 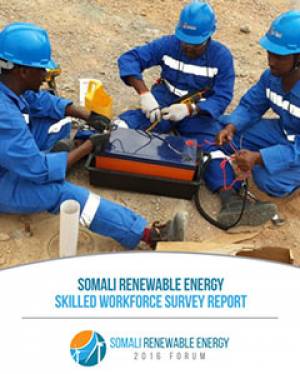